Global Innovation Exchange Institute, or GIX, is a multi-culture and open education-research platform co-created by two of the world's leading research universities: Tsinghua University and the University of Washington. GIX locates on Seattle, Washington, U.S., dedicating itself to the cultivation of leaders with global vision and innovation sprits, exploring a series of global challenges such as smart hardware, medical health, smart education, and clean energy.

GIX is Tsinghua's first physical presence and first international cooperative education and research platform overseas, also known as the ‘Overseas Tsinghua Campus’. It is a milestone in the internationalization of higher education in China, and has gained support from the state leaders. On September 23rd of 2015, President XI Jinping presented a dawn redwood to GIX campus during his visit to Seattle. Dawn redwood is a tree native to China, representing President XI's blessing to GIX for its future success.

Bringing together top learners, teachers, technology talents, industrial leaders and entrepreneurs from across the fields, GIX will power innovation through an ambitious new international education model that is project-based, carry out a comprehensive teaching and research in the field of interdisciplinary integration and innovation, cultivate talents for the world economic development and research innovation.

Why GIX is special?

History of GIX/ Welcome for joining us and creating GIX with us!

GIX’s home is a new 100,000 square-foot, state-of-the-art facility in Bellevue’s growing Spring District. As part of a 36-acre mixed-use development built around planned light rail, the GIX building, named in honor of former Microsoft CEO Steve Ballmer, is just 10 miles from the UW campus and offers proximity to multiple technology corridors. Specifically designed for the program, the building features design studios, an incubation space, electronics prototyping labs, presentation spaces and one of the largest and most comprehensively equipped makerspaces in the region. 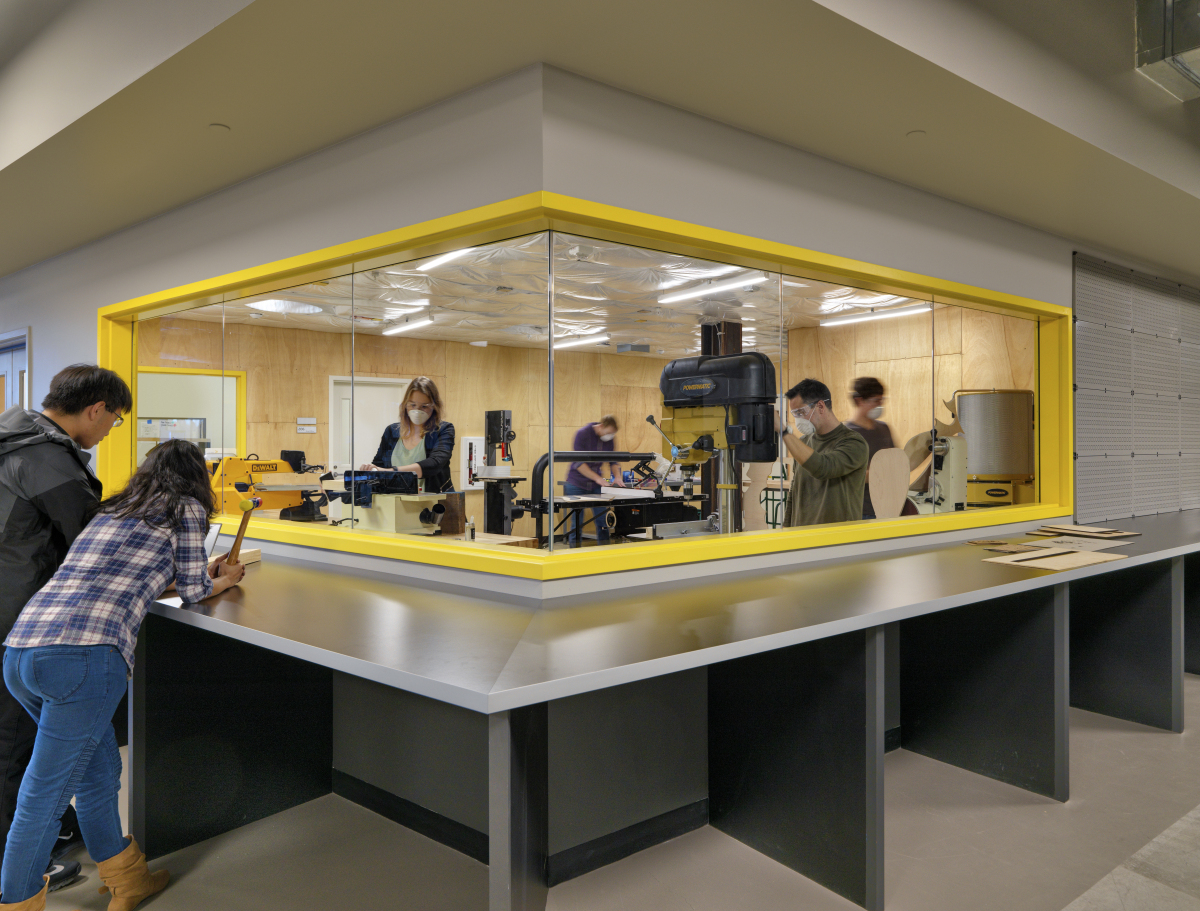 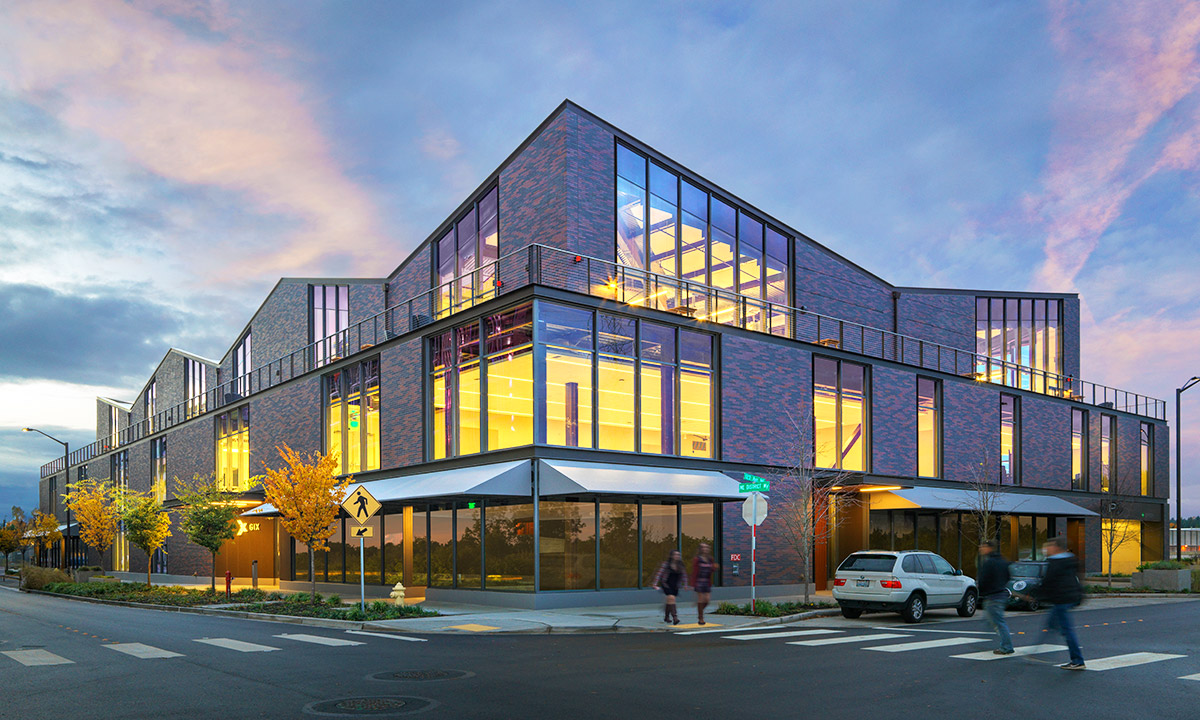 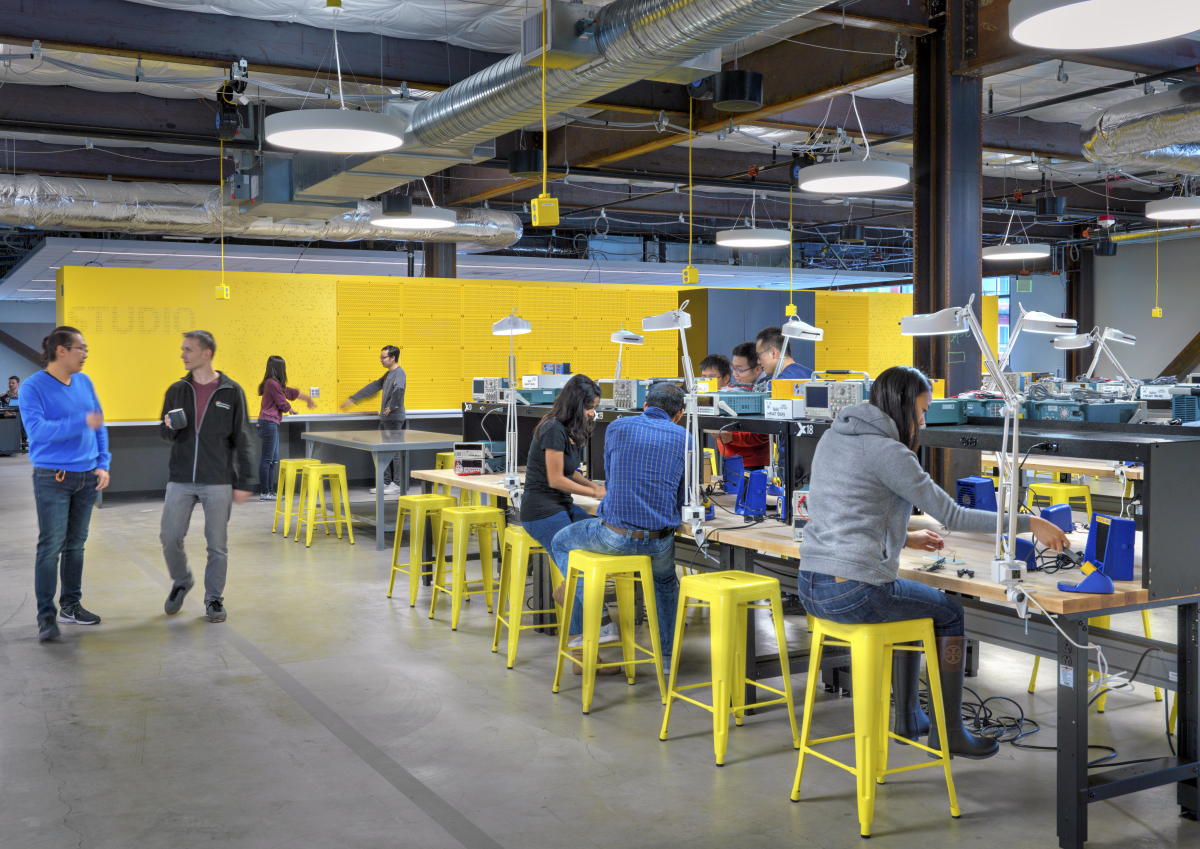 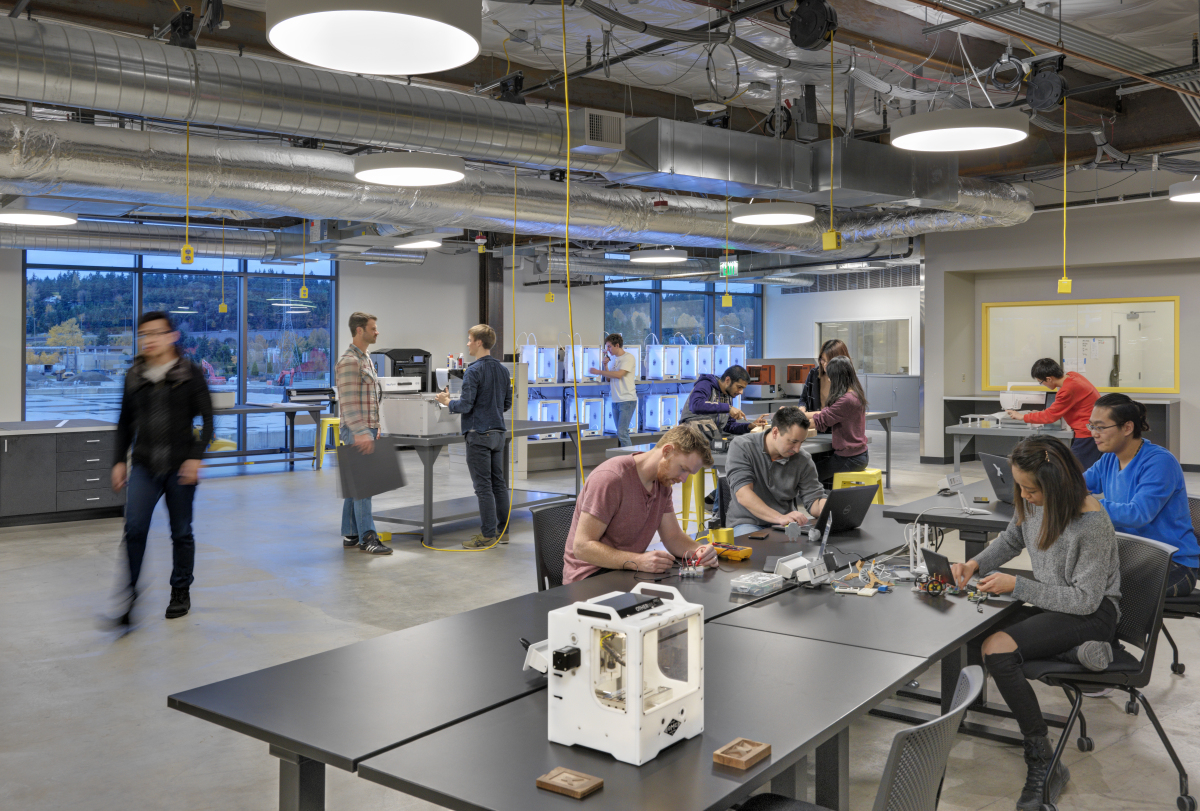 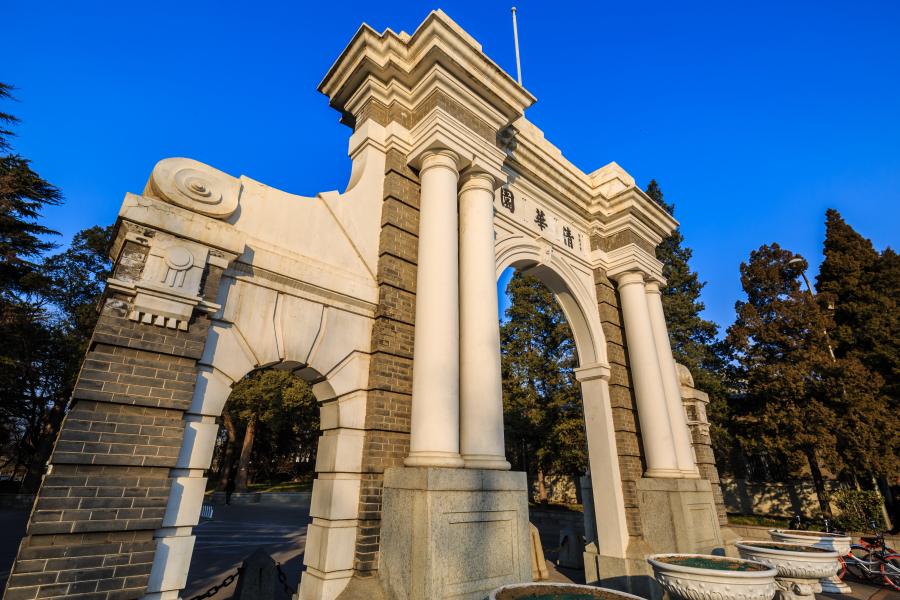 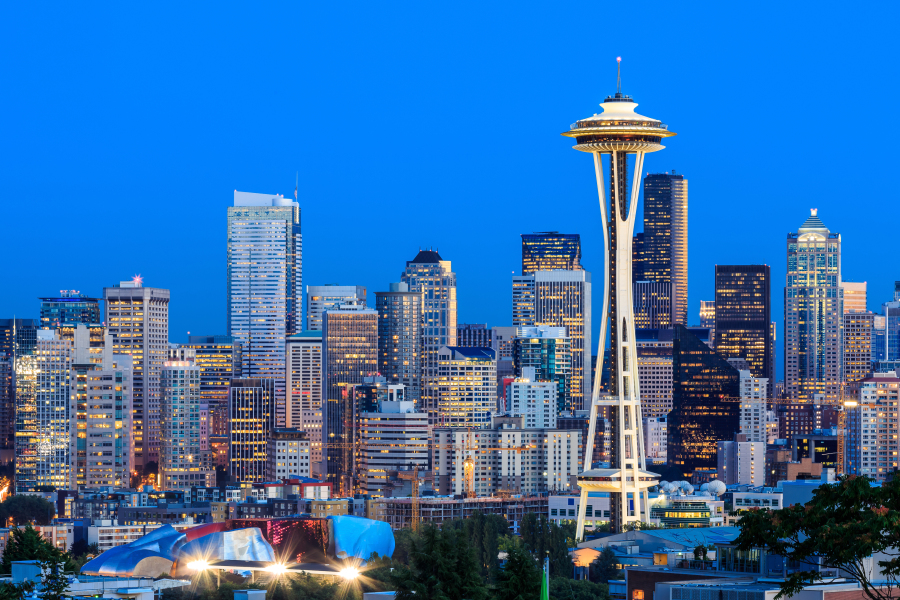 GIX students will spend two years in GIX campus at Seattle and Tsinghua campus in Beijing.
Beijing-Tsinghua campus
The campus of Tsinghua University is situated in northwest Beijing on the site of the former imperial gardens of the Qing Dynasty, and surrounded by a number of historical sites. Tsinghua University was established in 1911, originally under the name "Tsing Hua Imperial College". The school was renamed "Tsing Hua College" in 1912. The university section was founded in 1925. The name "National Tsing Hua University" was adopted in 1928.
The faculty greatly valued the interaction between Chinese and Western cultures, the sciences and humanities, the ancient and modern. Tsinghua scholars Wang Guowei, Liang Qichao, Chen Yinke and Zhao Yuanren, renowned as the "Four Tutors" in the Institute of Chinese Classics, advocated this belief and had a profound impact on Tsinghua's later development. Tsinghua University was forced to move to Kunming and join with Peking University and Nankai University to form the Southwest Associated University due to the Resistance War against the Japanese Invasion in 1937. In 1946 The University was moved back to its original location in Beijing after the war.
After the founding of the People's Republic of China, the University was molded into a polytechnic institute focusing on engineering in the nationwide restructuring of universities and colleges undertaken in 1952. In November 1952, Mr. Jiang Nanxiang became the President of the University. He made significant contributions in leading Tsinghua to become the national center for training engineers and scientists with both professional proficiency and personal integrity.
Since China opened up to the world in 1978, Tsinghua University has developed at a breathtaking pace into a comprehensive research university. At present, the university has 21 schools and 59 departments with faculties in science, engineering, humanities, law, medicine, history, philosophy, economics, management, education and art.
With the motto of "Self-Discipline and Social Commitment" and the spirit of "Actions Speak Louder than Words", Tsinghua University is dedicated to the well-being of Chinese society and to world development. As one of China's most prestigious and influential universities, Tsinghua is committed to cultivating global citizens who will thrive in today's world and become tomorrow's leaders. Through the pursuit of education and research at the highest level of excellence, Tsinghua is developing innovative solutions that will help solve pressing problems in China and the world.
Seattle-GIX campus
GIX campus is located at Bellevue, close to Seattle in the State of Washington. Surrounded by water, mountains and evergreen forests, Seattle not only has a very beautiful view, but also is home to a large tech industry and the hub for Pacific Northwest entrepreneurial innovation, with Microsoft and Amazon headquartered in its metropolitan area. Starbucks, Boeing and other leading brands also chose Seattle as their first home. Not only well-established corporations, many emerging start-ups also mushroom there.
Students activities
GIX Students Union organize and co-host a variety of after-class students activities. Specifically, Innovation Talk is held every week, where students and teachers are invited to share their new ideas and views on innovation. Other info sessions for brainstorming, Q&A, interviews are held regularly. Every month, group celebrations around a theme such as students' birthdays, Tsinghua celebrations, Chinese traditional festivals and Happy Hour, are held. What's more, corporations visiting, career development talks, and activities to communicate with Tsinghua alumni and other institutes and universities, are also held.